All I know is I make sense to me. It's other people who seem complicated. 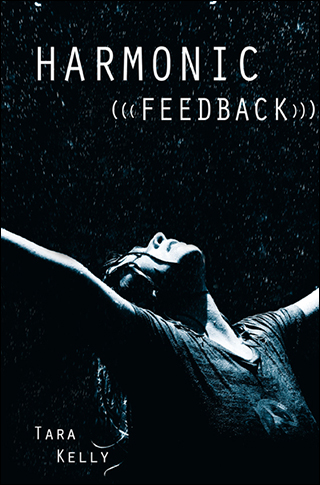 “A nuanced, sympathetic portrait that earns its hard-hitting climax.”

“Alternately heartwarming and heartbreaking, Harmonic Feedback is a book about acceptance, exclusion, joy, pain, loss, and finding your way in a world that makes no sense to you. In short, it is a very real view of what it means to be a teen today and a fine first novel for Tara Kelly.”

Sixteen-year-old, music- and sound design-obsessed Drea doesn’t have friends. She has, as she’s often reminded, issues. Drea’s mom and a rotating band of psychiatrists have settled on “a touch of Asperger’s.”

Having just moved to the latest in a string of new towns, Drea meets two other outsiders. And Naomi and Justin seem to actually like Drea. The three of them form a band after an impromptu, Portishead-comparison-worthy jam after school. Justin swiftly challenges not only Drea’s preference for Poe over Black Lab but also her perceived inability to connect with another person. Justin, against all odds, may even like like Drea. It’s obvious that Drea can’t hide behind her sound equipment anymore. But just when she’s found not one but two true friends, can she stand to lose one of them?

A talented group of teens spent their summer making a movie of Harmonic Feedback. This is their trailer:

“Fans of Rachel Cohn and David Levithan’s Nick and Norah’s Infinite Playlist (2006) will recognize similarities in the dialogue and romance between music insiders, but this title leads to a sobering, tragic ending that underscores the message that all teens, regardless of how they’re wired, struggle to find connection, meaning, love, and purpose.”